Date: Wed, Jan. 18, 2023
Time: 18:00 — 22:00
Location:  Gosau, 4824 Gosau
For the balloon glow, the "men of the skies" and guests from all over the world meet for a varied supporting program with culinary specialties, live music and a colourful fireworks display. The place to be!
Prices and more information Gosau turns on the "light bulbs"

When the balloonists meet in the Gosau Valley in mid-January for the traditional Alpentrophy, the traditional "Gosau Balloon Week", the "Night of the Balloons" is an absolute "Place to be". Because at dusk, during the so-called "balloon glow", the balloons are started up, ready for use and by operating the burner filled with hot air and inflated. The balloon's envelope is illuminated from inside by the flame of the burner, so that the balloon begins to "glow", also called "Night Glowing" by many balloon lovers. The result is a lighting effect that illuminates the surroundings, and so the mighty "sky-stormers" resemble giant light bulbs.

A feast for the senses!

When the colourful "lightbulbs" are used as musical instruments in the style of a water organ, it is the visitors who get warm hearts, despite the frosty temperatures in the Gosau Valley. However, not only the coloured sky conquerors, but also the numerous tasty "warm makers" and culinary delights from the kitchen of the Salzkammergut. A true feast for the eyes and palate, which is rounded off by a colourful fireworks display. An absolute feast for the senses!

VIDEO
"Night of the ballons" Gosau

The winter in the UNESCO World Heritage region of Hallstatt Dachstein Salzkammergut has many facets - also a very tranquil one. As a nature lover, you can enjoy the snowy winter landscape around Lake Hallstatt and Gosau Valley at its most romantic. Many prepared winter hiking trails invite you to relax, marvel and enjoy the snow-covered landscape. The smooth, soft crunching of the snow, the wintry silence and the magnificent winter scenery all have magical power. Numerous winter trails are even located right on the doorstep of your hosts and together with the thermal spa offerings they make a perfect combination for a great winter vacation around Lake Hallstatt. See you in Austria!

"Fly over" deep snow covered woods and fields, rivers and lakes and enjoy the soothing view of the wintry romantic Salzkammergut. Book your dream winter now during the Balloon Week on your holiday in Gosau and the Gosau Valley.

Mid-January people will look up to the skies for a very different reason 30 to 40 brightly coloured hot air balloons will take to the skies, creating a magnificent display against a backdrop of snow laden trees and stunning mountain scenery. 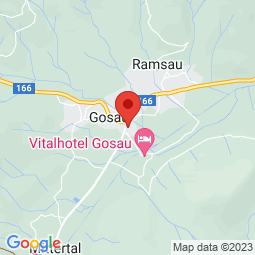