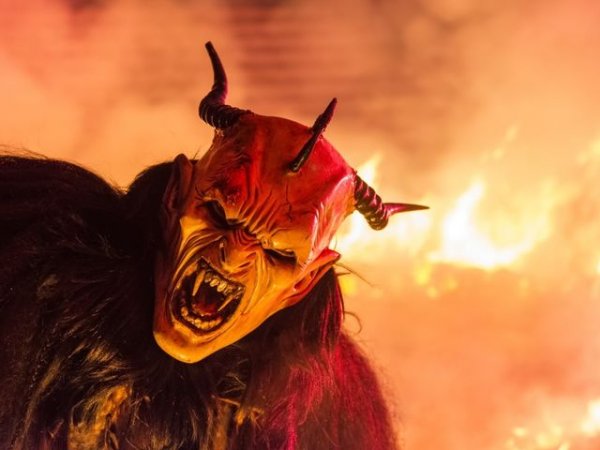 According to an old Hallstatt legend, on 5th December the Krampus descends from the Hirlatz Cave, high above Hallstatt, to punish the naughty children and bestow the good ones, with the help of St. Nicholas. This story was the impulse for a group of young Hallstatters to revive the Krampus tradition every year on the Eve of St. Nicholas.

A lot of work for an explosive show

The name for the group of scarily spooky figures – “D‘Hirlatzer Teufel“ (The Hirlatz Devils) – kind of arose itself from the said legend. In the early years, the members did not function as a club, but in 2012 the boys and girls decided to found one to meet the ever increasing demands. The club consists of 25 active runners and about ten volunteers. The club members are particularly proud that they produce almost everything themselves, such as the elaborate constructions for the show. And so the wagons or the artificial cave come from their own production. Only a pyrotechnic friend from Vienna, whose roots are also in Hallstatt, supports the explosive open-air show.

The "part-time devils" purchase the masks especially from the St. Johanner mask carver Wolfgang Gangl and their furs from a tanner from Donnersbachwald in Styria. All the equipment costs more than 1000 euros and is self-financed by each runner. A costly and laborious hobby!

The Krampus Run on the atmospheric Marktpatz is a unique experience for young and old. The run has steadily increased in recent years, both by the number of spectators and the quality of the show itself. And so every year the "D'Hirlatzer Teufel" attracts more and more enthusiastic "Krampus watchers" from all parts of the world to the small market square in the heart of the old salt mining town.

But it is not only the big spectators who are the centre of the action on this evening: For the young visitors of this "fire" spectacle, in the course of the evening St. Nicholas comes with the good gifts and has a sweet surprise in his huge bag for some younger spectators.

"D'Hirlatzer Teufel" try to combine tradition and modernity on this evening. This starts with the masks and extends to the catering for the guests. And so as part of the elaborate and complex show the young organizers provide guests with a typical regional delicacy: "Holzknechtnocken", a down-to-earth fare of forestry workers from the Salzkammergut, and homemade hot drinks provide the appropriate winter warmth on this December evening.

Eve of St. Nicholas in Hallstatt

After so many devilishly good stories, those who have fancy witnessing the Hallstatt Krampus run should mark the date of 5th December. This is when the “Hirlatzer Teufel“ invite you to their unforgettable fire show on the picturesque market square in Hallstatt. A highlight in pre-Christmas activity in the UNESCO World Heritage region of Hallstatt Dachstein Salzkammergut.

The story of Krampus ...

The Krampus (from Old German Krampen = 'claw') is in the alpine Advent tradition and also in Hungary and parts of Croatia. They are frightful figures who accompany St. Nicholas and usually also the so-called basket carriers or Waldmannes” (wood men). At least in the Bavarian and Austrian Alps, the Krampus is referred to by the name "Kramperl". Often the Krampus is synonymous with the farmhand Ruprecht, but there are small differences between these two figures. Krampus mostly occur in larger groups. The group comprising of St. Nicholas, Krampuses and basket carriers is especially referred to in state of Salzburg and in the Tyrolean Unterland as a “pass”.

Whether you’re a beginning or an experienced skier, the multi-page web portal of the holiday region Dachstein Salzkammergut (www.hallstatt.net, www.gosautal.net, www.bad-goisern.net and www.obertraun.net) offers a wide variety of resources including information about skiing, accommodations, and other news concerning winter sports in the world heritage region. Endless kilometres of ski slopes await discovery in the family-friendly ski regions of Dachstein West in Gosau and the Freeride Arena on the Krippenstein in Obertraun on Lake Hallstatt. For weekend excursions or unforgettable week-long adventures in snow, you’ll find the most beautiful hotels, holiday apartments and bed & breakfasts in our extensive accommodations registry. Book your holiday now—get out there and enjoy the winter paradise of the UNESCO World Heritage Region of Hallstatt Dachstein Salzkammergut.

Christmas in the mountains of the Salzkammergut. Attractive festive and New Year deals for Hallstatt, Bad Goisern, Gosau and Obertraun at a glance

“Silent Night“ in the Salzkammergut

Reflective, down to earth, delicious! Enjoy the pre-Christmas period in the Salzkammergut. A pleasure for all your senses! Where time stands still! Let yourself be enchanted. The place to be!

700 "Krampusses" and demons, St Nicholasses and good angels will assemble once again in the market square in Bad Goisern for this annual event. 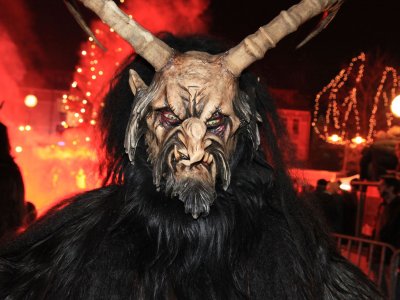 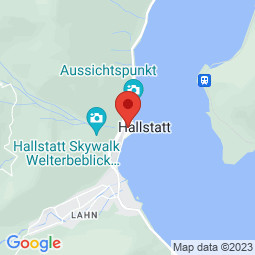