Date: Jun. 19 - Nov. 2, 2021
This event has already taken place
Location:  Dachstein-Giant-Ice cave, Obertraun
The endless expanse of the Dachstein massif from inside – the giant Cave is one of the largest karst caves in the world impresses with its size, variety of shapes and spectacular artistic installations – something you would never expect to see beneath the
Prices and more information 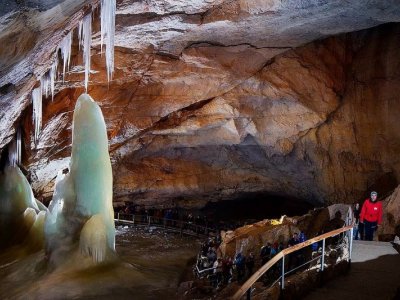