Wander through the 400 year old „Casino Cellar“ which served as a refridgerator for both the Brewery and people of Bad Ischl. Until 1908 the cellar was owned by the “Ischler Brauerei” (Ischl Brewery). In 1971 the Schmalnauer family took over the property and renamed it „Cafe Casino“. The so called „Grieblkeller“ is a 400-year-old natural cellar with a total area of 376 m². The original cellar was even larger because it was connected to neighbouring cellars which were hand-carved out of the local sandstone rock. The cellar served as a large refrigerator for the people of Bad Ischl and particularly for the „Old Ischlerbräu“ as its temperature, both summer and winter, is a constant 12 degrees.

The remarkable, original medieval structure of the vaulted cellar is largely still intact. This includes the stone pillars, which were spaced to make it easy for delivery carts to turn in order to leave the cellar. Even today the marks from digging the cellar are still visible.

Dinner is served - a taste of Austria

“It is well known that eating and drinking sustains both body and soul”. People within the UNESCO World Heritage region of Hallstatt Dachstein Salzkammergut stay true to this old saying. Sometimes rustic, sometimes modern, but always authentic – that is the cuisine within the Salzkammergut. This includes traditional meat dishes as well as heavenly sweet pastries and, typical for the lake region of the Salzkammergut - exquisite fish specialties. Connoisseurs can also enjoy an incomparable mix of culture, history and regional delicacies at numerous events between mountains and lakes. Let yourself be pampered; In the summer after a long mountain or bike tour. In winter, after an unforgettable day on the slopes or simply by a romantic dinner during your holiday in the Salzkammergut. Let yourself be inspired and take a look at our culinary hosts within the Dachstein Salzkammergut holiday region. We wish " Guten Appetit". 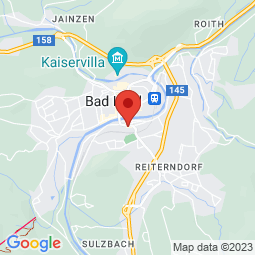